There was a wider gap in ratings for Republican than for Democrat: 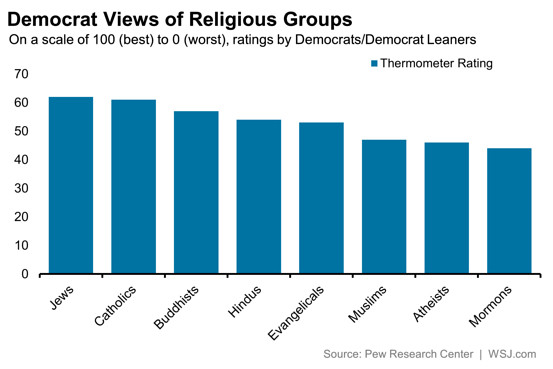 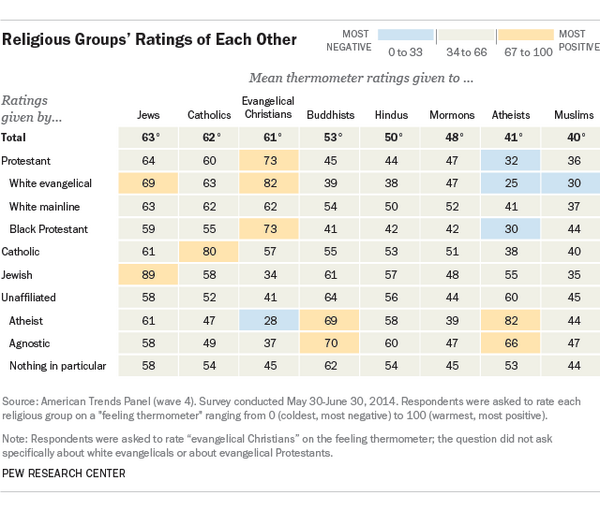 … and some of them now propose the same approach to resolve the future global problems. For instance, Lawrence Summers, Former Treasury Secretary says that the future global scale problem will not be producing enough. It will be providing enough work because a generation from now a quarter of middle-aged men will be out of work at any given moment.

It had taken centuries for many thousands of people to build Egypt’s pyramids. What was the social objective of constructing Egyptian pyramids? The main goal was to keep social stability and comprehensive employment with a high spiritual objective that would more than compensate for the absence of any direct obvious materialistic kind of objectives; in other words, inspired labor as an objective unto itself.

There seems to be a basic principle that works on all social and perhaps biological levels: if you cannot put earlier created processes and resources to rational use, then you conserve the system at least in a neutral “engaged condition”.

In each such case taken separately the question is the cost of such conservation, or the amount of social energy. We are talking about the cost that a society is prepared to pay for such stabilization, for tying up this social energy in a “reserve” with an eye towards using it more intelligently in the future.
____
PS. We can’t know exactly what Former Treasury Secretary had in mind when warning of the above-quoted future global problem, but it seems that the scientists have finally discovered the social reasons to build pyramids of Egypt and are now gaining a better understanding of the main global problem in the nearest future.

Posted by bunchofopinions | Filed under Religion

The European Parliament has condemned violence against Christians, as has Amnesty International… Yet critics such as Nina Shea of the Washington-based Hudson Institute’s Center for Religious Freedom argue that the reaction has been muted — noting, … One likely reason is that mainly liberal Western journalists aren’t used to seeing Christians … as legitimate victims of oppression. U.S. conservatives rightly complain about the neglect, but their approach is often counterproductive.

We are living through one of the largest persecutions of a religious group in history. Few people realize that we are today living through the largest persecution of Christians in history, worse even than the famous attacks under ancient Roman emperors like Diocletian and Nero. Estimates of the numbers of Christians under assault range from 100-200 million. Read more: http://www.hoover.org/publications/defining-ideas/article/152651

Jesus wasn’t a Christian – that word exists for his followers and came later. He was Jewish. His mother was Jewish. He was circumcised as a Jew. He pretty much followed the Jewish law, departing from it only in the name of what he saw as its deeper meaning. “For truly I tell you, until heaven and earth pass away, not one letter, not one stroke of a letter, will pass from the law until all is accomplished,” he insisted at the end of the Sermon on the Mount. Sure, he debated furiously with the Pharisees and Sadducees, especially about the significance of the temple. And, in time, this argument came to be restyled by Jesus’ gentile followers as an attack upon Jews per se. But originally it was an internal debate within Judaism, not an attack upon Jews from the outside. In was an internal debate in the same way that the prophets of the Hebrew scriptures, such as Jeremiah, often attacked the priests of the temple for missing the point.
~ “… for Jews the cross is a symbol of oppression” by Giles Fraser. The Gardian.